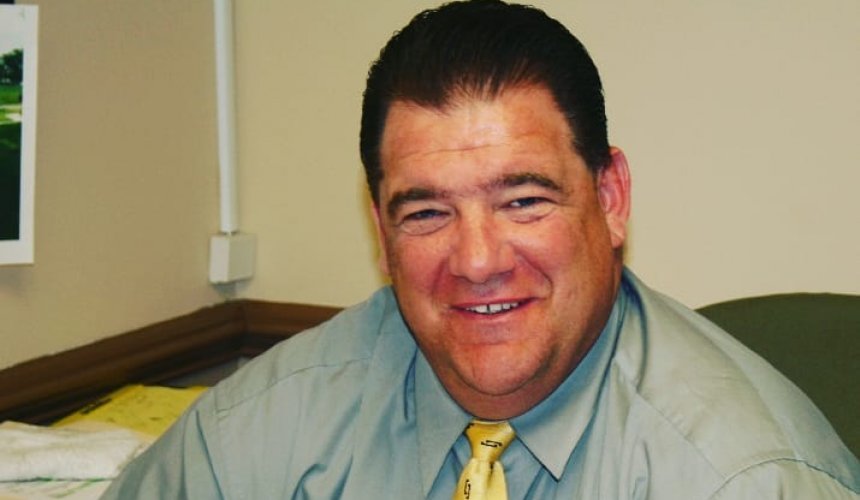 When did you first meet Bobby?
I first met Bobby around 1998 as a shop steward in the Local. He transferred in from 1298 and I switched from 18-A. I became a Business Agent and used him as a Shop Steward. It didn't take long to realize he was one of our better Stewards. He was one of the good ones and he was maybe one of the best stewards we had. I've probably known him for about 16 years on the road, well since 1998, so more like 21 years. 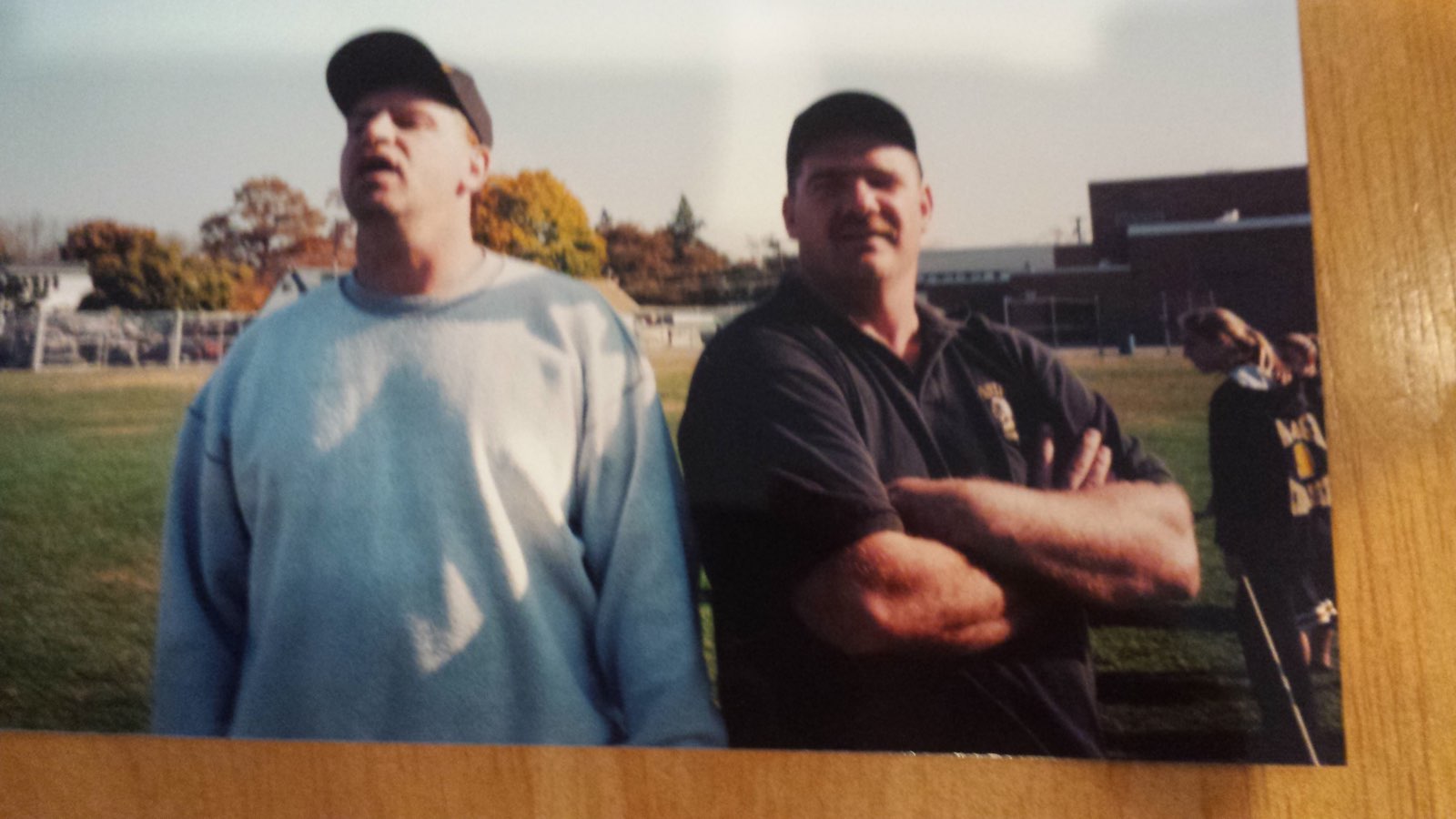 In 1998 you coached youth football together?
No, we didn't coach together, he coached his older son, and Nick played with Thomas on the 5&6 year olds team. Bobby was coaching "real football," full contact, kickoffs, the works. We went to his league because it was a better competition. We played all over the island. My first day I brought Thomas over to Bobby, but he was coaching the older kids 7-8-year-olds, so Thomas was sent to work with the 5-6-year-olds.
Did you spend a lot of time outside of work together?
We were good friends outside of work. We went to Rangers games, boxing matches and he came over to watch UFC fights, although not as much lately since we couldn't really stay up that late for them anymore. We often had conversations about football and wrestling in our free time. 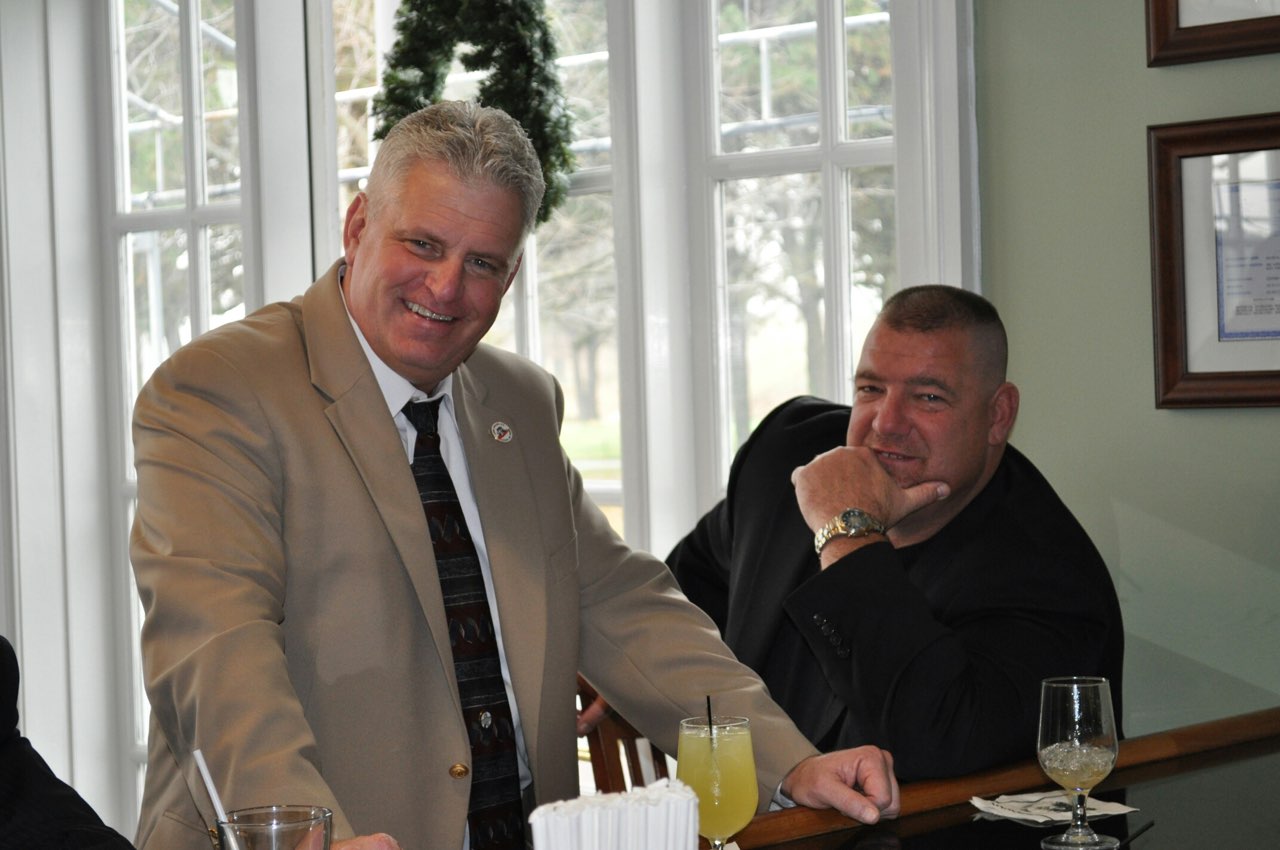 Tell me about this picture.
This was taken at the Local 66 Christmas party in 2014 at Colonial Springs. When I was first elected Business Manager, back in 2003, our Local had no money. The Local was broke. I had to make some tough decisions including getting rid of some staff. One of the early moves I made was moving Bobby up to be a Business Agent. This was one of the best decisions I made as Bobby became one of my top guys. Bobby was a really good stand up guy and agent. We would walk into meet with a contractor and many were intimidated by Bobby's size. Then we would start talking and I would be all peaks and valleys, but Bobby was even-keeled and got the job done. Maybe that was why we worked so well together.
Anyone who has worked with me knows that my bar is really high. Especially over the last 2-3 years, Bobby really got it and came into his own. I appointed him to serve as a trustee for the union's trust funds so that he would learn important leadership skills. While some people may feel entitled, Bobby understood that the hard work was paying off and that he was being set up as someone who the baton could be passed to, someone who could serve and lead the union. I can't predict what would have happened if he would have taken over, but he sure had the skills. His loss was stunning for all of us. Bobby could have been one of the future labor leaders of the Local. Bobby is missed at the Local and was taken from his family way too soon. Rest in Peace, my friend. 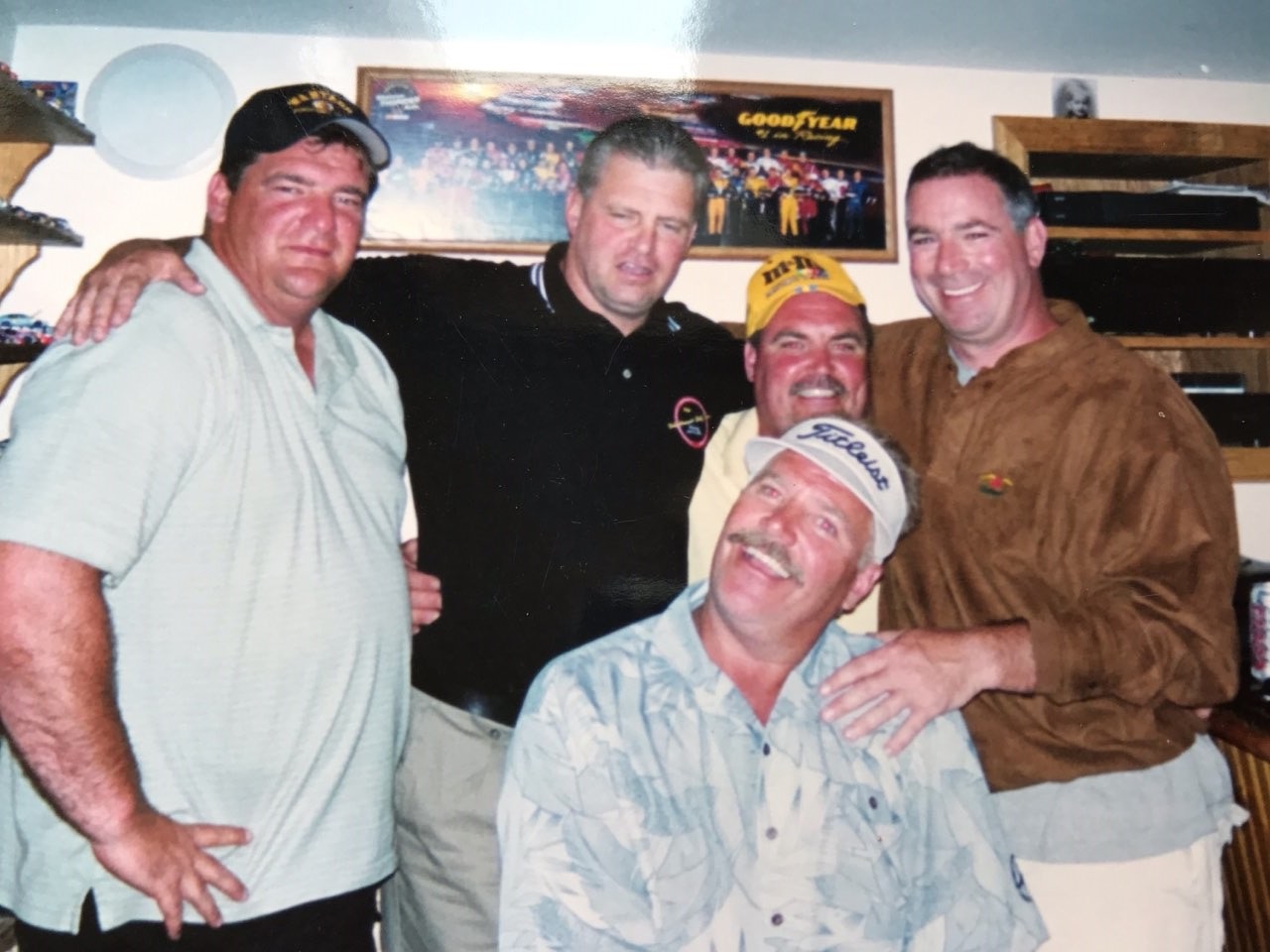 This picture was taken after a golf outing. I don’t like to play golf so my brother often would fill in for me. After the outing, Bobby, my brother, and myself went back to my brother’s house to hang. Bobby would often hang out with not only me but my family as well. He often went to St. Patrick’s Day parties with his family. Both of our families were close.

What type of impact did Bobby’s death have on the local?

Losing someone as important as Bobby was devastating. He was with us in the office for 16 years. There is no way to replace him overnight and not one of my staff wants to. His death is also a reminder to all of us that we are getting older and that it might be time to bring some new blood into our local’s leadership.

Bobby was recently honored by Long Island Labor Advisory Committee (LILAC), what was that like?

That was a tough night. His wife Lisa and son Nick were there to accept the honor. Just a really tough night. 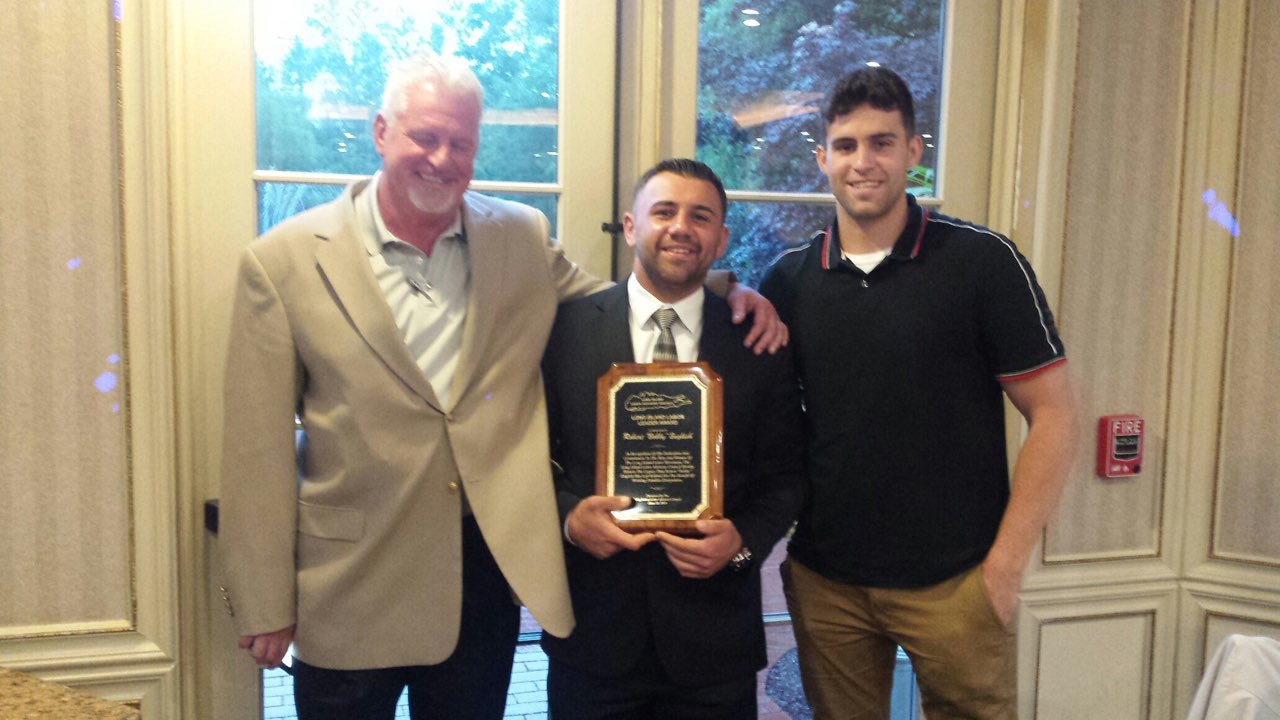 I noticed that the wake was easier and subdued, but the funeral was hard.

I did everything in the moment I wasn’t thinking about work. I didn’t expect such a large turnout. I wanted to make sure that there was a good showing so we called and texted all of our members. The information also went out to politicians and other labor leaders. Bobby would have been shocked by the turnout.

In our normal course of business, we rattle so many cages that you sometimes feel like you are only making enemies. The wake and the funeral showed how many people respected him. The turnout was fit for a cop shot in duty or a head of state. At one point there was a 2-hour wait to get into the funeral. They couldn’t let everyone in, so many people were lined up outside. There was a good mix of people, politicians; 800 rank and file members, even contractors showed up. I’m sure I missed some people to.  I can only imagine how many said they weren’t waiting on the line. The last three presidents of the Building Trades Council were there. It was overwhelming.

I have been through wakes, but Bobby’s kids didn’t know what to do. Obviously, they have never lost a parent. I told them to stand by the casket and let everyone pay their respects. I stood with them to help them get through it. I never left Bobby’s side.  Being there was just as hard as when I buried my mother. Funerals are never easy, but it is a lot easier when you are at a funeral for a retired member who lived a long life. Bobby was 53 on the day of the wake, it was just way too soon. Sadly this is the second person from our Local who died at 53. It’s just very sad

What did Bobby’s death teach you?

Bobby’s death really showed me that our local is getting old. I came in right after and looked up at the people on the dais, and saw that we are the present but not the future. Too many unions are being led almost exclusively by members in their 50’s who are just waiting to retire. It doesn’t make us stronger. We need young talent to keep the union strong, people who can gain decades of experience. My job as Business Manager is to leave our union better and stronger then when I came in and we are doing a disservice if we don’t train the future.

I am going to get younger people in. My job is to make the local union better than when I came in.

He would. We discussed this before he died. We talked about not going too young, people still need to learn what it means to be a Local 66 member before they can be a good representative.

These are stressful jobs. We lost two people, sure there were other contributing factors, but the stress of the job is definitely a huge factor. I have got to recognize that it taxes us, it takes a toll on our bodies.  I don’t know that I would have said it before he died. I didn’t recognize it before.

Do you think we have given ourselves enough time to mourn and honor him? Did we move on to quickly?

Everyone hasn’t moved on yet. I have to. I have to do my job every day. The world doesn’t stop because someone died, so, unfortunately, you have to get back to work. When my father passed away I only took 3 days.

It was a tough day coming back. Some of the people in the office were very upset, crying in the office even the following week. No one wanted to answer the phone and have to talk about it. We still haven’t gone into his office. Only his wife and son have gone into take his personal items. It will be my job to clear it out, but I haven’t even thought about going in there yet. 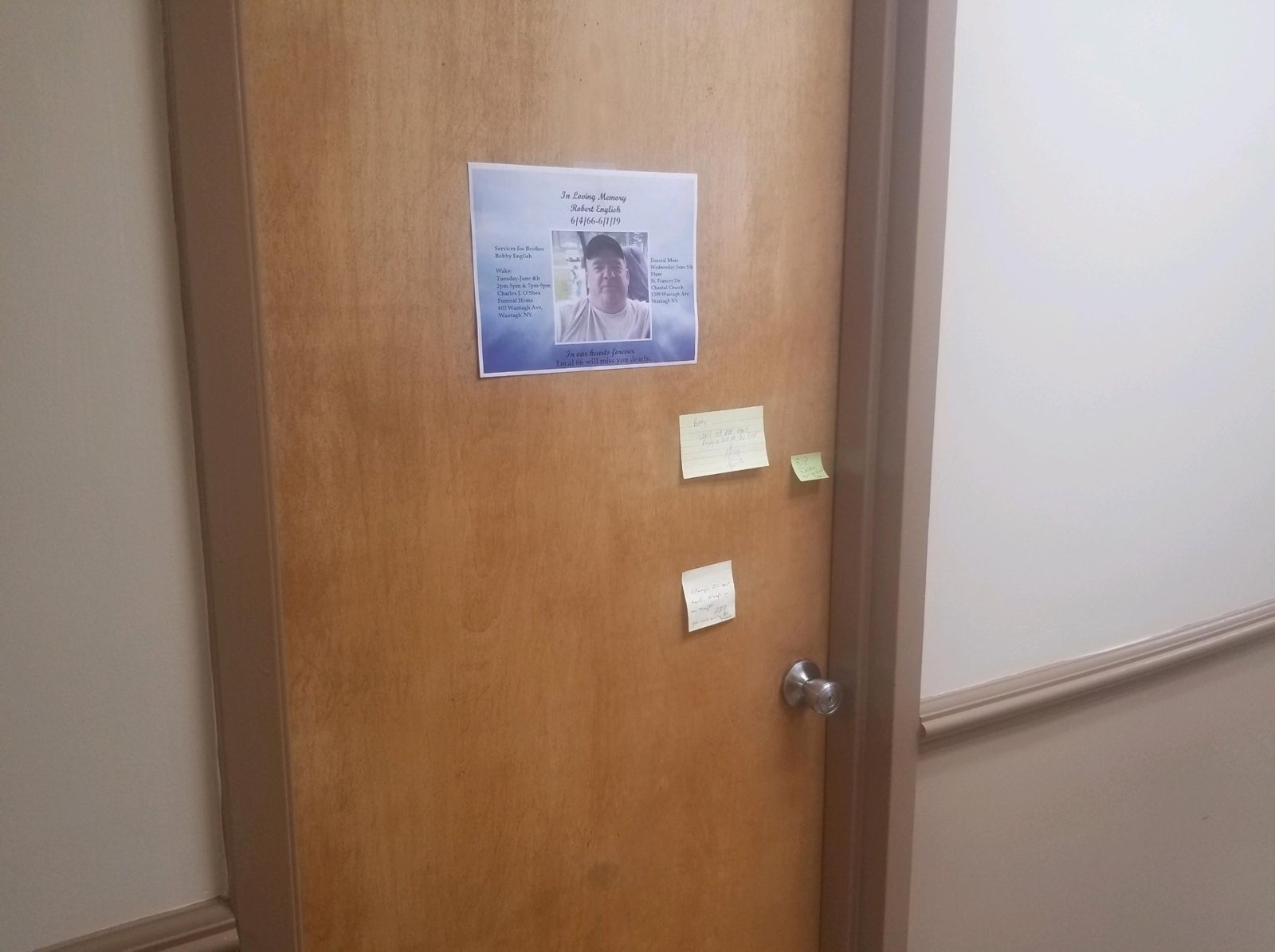 I have been hitting jobs, trying to fill the hole. Moving on is tough, but I also know that I have a duty to best represent the members and that I needed to start the process. I had to put someone on the road. I told Tony Senia. I found a spot for him and that he needed to go on the road. Over these last few weeks, we only had one agent active as some have been away on vacation, so it’s been all hands on deck.

With all of us getting older, in some ways, it is time to move on and bring in the young talent I was talking about earlier. We have enough experience in the office to train new agents and there is a lot of training that needs to be done. Let’s be honest, reading and handling finances aren’t most laborers cup of tea, so we need to teach our agents their importance. I will say this though, I’m not asking the next person to be Bobby, that would be to much pressure. I do think though that they would do well if they learned from him and follow some of the lessons that he taught everyone here in the office.