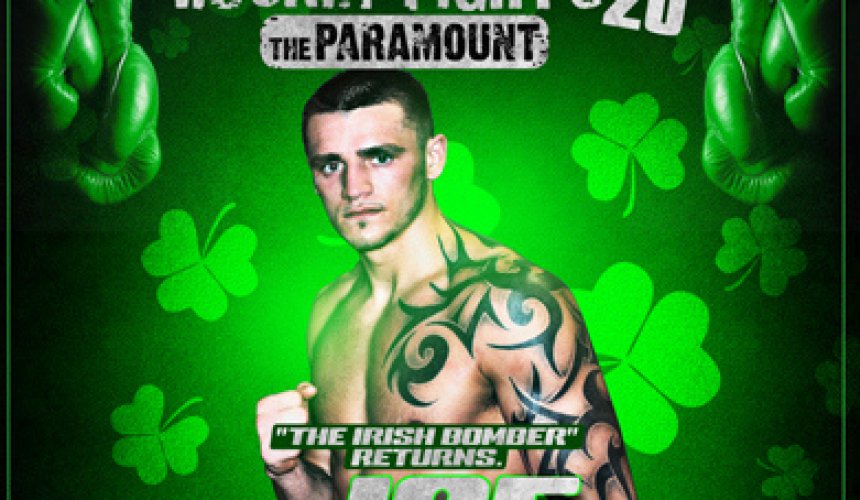 Laborers 66's very own Joe "The Irish Bomber" Smith, Jr. headlined the Rockin' Fights 20 card at the Paramount in Huntington. Smith took on Dion Savage from Flint, Michigan, and won by TKO in the 9th round of an exhilarating fight.

"The Irish Bomber" from Mastic improves to 19-1 with 16 of those victories ending in  a KO.

Promoter Joe DeGuardia of Star Boxing put on the show in front of well over 1,000 spectators at the Paramount on September 11th. The undercard featured a lightweight and featherweight match, and two female fights in the lightweight and middleweight classes.

Smith is a young fighter at 25 years old, but has already achieved an impressive amateur career with two New York Gold Gloves and four New York Metro titles. His punching power and nearly flawless record has him on the rise through boxing's ranks.

Local 66 is proud to call him a brother!