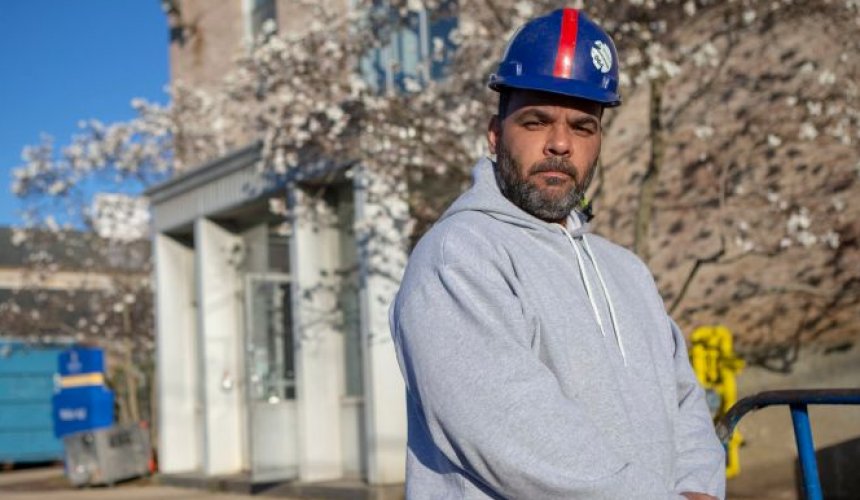 A fight is brewing in the state Capitol over whether construction workers should be paid union wages and benefits on building projects that receive tax breaks.

Contractors and real estate developers say the projects will be too costly if they are forced to pay the higher rate, known as the prevailing wage.

“Should the current pending prevailing-wage legislation pass, it appears likely that we will be forced to move our company to another state where we can afford to continue to develop projects and employ our workforce,” Robert and James Coughlan, owners of Tritec Real Estate Co. Inc., one of Long Island’s largest developers, said in a letter to state leaders.

Unions say developers should be forced to pay the prevailing wage on projects that win taxpayer aid from New York State or local governments.

The outcome of the battle will impact the earnings of the 71,800 construction workers living on the Island.

The prevailing wage varies by job and by county; it is set by the state Department of Labor.

In Nassau and Suffolk counties, a carpenter on a prevailing-wage project earns $84.50 per hour ($38.60 in wages and $45.90 in benefit contributions), on average, compared with an average of $38.40 per hour ($30.70 in wages and $7.70 in benefits) on other projects, according to a 2018 study by Farmingdale State College's Business and Economics Research Center.

Under current New York State law the prevailing wage must be paid to all workers, union and nonunion, on government-funded public works projects such as roads, mass transit and public schools, but it is not required for those employed on private construction projects aided by government.

Now Albany lawmakers are considering legislation that would extend the wage requirement to include construction projects — from housing and retail developments near Long Island Rail Road stations to private company expansions — that receive tax breaks or grants from Industrial Development Agencies and state agencies such as Empire State Development.

Developers say the proposal would increase the cost of IDA projects by as much as 40 percent, making them not worth pursuing. Some have threatened to stop building if the prevailing wage is expanded.

This dire scenario helped to keep the proposal out of the recently approved 2019-20 state budget, considered the easier path to adoption, according to political experts. However, the measure, in various forms, has bipartisan support and could clear the State Legislature before June 19 when its regular session ends.

“We want to create jobs ... and we want to make sure they are good jobs that pay a decent living, and that’s what the prevailing wage is all about," Gov. Andrew M. Cuomo told Newsday on Monday after an event at Jones Beach. "We want to make sure we do that without impeding natural growth and without hurting economic development."

For union laborer Benjamin Carrasco, having the prevailing wage applied to IDA-supported construction would mean more work assignments. With two children and a third expected any day, he said he would have money to set aside in case of emergency and could stop living paycheck to paycheck.

“The prevailing wage gives us, unions, a level playing field” with lower-paid nonunion workers, said Carrasco, 43, at his North Bellmore home. “It’s not easy getting work," he said, noting he usually works only 10 months each year.

“The developer wants aid, and the government uses our money to help them,” said Carrasco, a shop steward with Local 66 of the Laborers’ union. “But the developer is taking food off my table when he brings in guys from out of state and pays them $15 an hour … The developer should be giving back to the community that’s helping him by hiring local workers and paying them what they are worth.”

Tritec, the developer from East Setauket, said it employs hundreds of construction workers, up to 70 percent of them union members.

The company's portfolio includes the New Village and Shipyard housing developments in Patchogue and Port Jefferson, respectively, the Ronkonkoma Hub and proposed transit-oriented projects near the LIRR stations in Lindenhurst and Bay Shore.

“None of these projects are feasible without New York State and/or IDA participation, and none would have been financeable with a prevailing-wage requirement,” Tritec's owners said in their letter to state leaders.

They projected that with the prevailing-wage requirement they would need to raise apartment rents 15 percent  to 25 percent, or $300 to $500 per month, to maintain the profits needed to attract investors to their developments. Boosting rents “is not viable or palatable for the average middle-class household,” they said.

The pending legislation, introduced by state Sen. Jessica Ramos (D-Jackson Heights, Queens) and Assemb. Harry Bronson (D-Rochester), would extend the prevailing wage to most construction projects receiving any form of government aid, including tax credits, grants and bond financing. Similar proposals have been introduced since 2008.

The latest proposal has passed the Assembly previously only to die in the Senate when that chamber was controlled by Republicans. But Democrats took over control of both legislative houses  on Jan. 1, and they’ve been responding to increased taxpayer ire over government aid to private construction, particularly IDA tax breaks.

With the bill likely to become law, developers and IDAs are seeking a compromise from unions to limit the prevailing-wage extension to the largest projects and those that receive substantial state aid, excluding projects with an affordable housing component or that receive IDA help. Cuomo has said he supports an affordable-housing exclusion.

Kyle Strober, executive director of the developers’ group Association for a Better Long Island (ABLI), said, “The cost of doing business on Long Island is already untenable. Expanding the prevailing-wage requirement, as the bill does now, would make it exponentially worse.”

He predicted developers will stop using IDAs to avoid the prevailing wage, which happened in Ulster County and Yonkers until the mandates there were rescinded, or homeowners will pay more in taxes as IDAs grant larger tax breaks to cover projects’ increased labor costs.

Matty Aracich, president of the union umbrella group, Nassau-Suffolk Building and Construction Trades Council, is participating in the talks, though he bristles at developers' contention that organized labor is trying to “expand” the prevailing wage.

He said unions are seeking “to restore” New York's prevailing-wage law to what it was intended to do upon adoption in the 1890s: prevent local workers’ pay from being undercut by nonlocal or itinerant workers willing to work for less.

“IDA tax breaks are supposed to provide an economic return to the community, but there’s none when the people building the projects aren’t local,” said Aracich, a member of Local 12 of the Heat and Frost Insulators union.

The prevailing wage improves the standard of living for construction workers, he said, citing the Farmingdale State study.

The study estimated that workers’ annual pay would increase 97 percent to $80,787, on average, if the prevailing wage was applied to projects getting tax breaks in Suffolk County, home to five of Long Island's eight IDAs. With more money in their pockets, the workers would spend more at stores, restaurants and other local businesses, producing an additional $207 million in economic impact, the study projected.

The cost of IDA-aided projects would rise by as much as 12 percent because of the prevailing wage, the study estimated.

Jim Morgo, a former Suffolk County economic development commissioner and IDA chairman, urged state lawmakers to be selective in applying the prevailing wage to IDA-supported construction. Subjecting affordable-housing projects and small-company expansions to the higher wage rate would mean they don’t get done, he said.

“It’s not like labor [unions] are being frozen out of these jobs,” said Morgo, now a consultant to developers. “Every development that I have worked on that used IDA incentives had a large percentage of union shops on the job.”

Some unions will negotiate a lower pay rate than the prevailing wage to keep developers from using nonunion labor on big projects.

Still, unionized contractors said their share of the market has declined in the past two decades.

GVDMC Inc., a unionized carpentry and millwork business in Medford, is lucky if it wins one out of every 15 contracts that it competes for, according to founder and president George V. DeVito.

His company, which is nearly 20 years old, specializes in store exteriors and interiors, millwork and historic restorations. It employs 20 to 40 people depending on the workload and has sales of more than $1 million per year.

“Everything is price today, and I can’t compete against someone who is paying his people $15 an hour,” DeVito said. “The prevailing wage is the great equalizer, because if the wages are equal, then we can compete on what really matters: our means and methods, our abilities, our reputations.”